About our Tennis Professionals 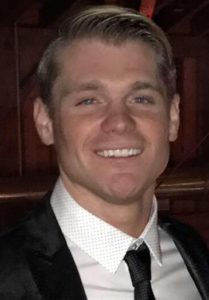 Originally from Northern Michigan, Joseph now spends the winter in Vero Beach, Florida where he owns the Vero Beach Tennis and Fitness Club with his brother, James, and father, Tom. Joseph has been teaching tennis for 15 years. He was the Director of Tennis at the Grand Traverse Bay YMCA and taught at The Homestead Resort and the Grand Traverse Area Catholic Schools. He is rated as an Elite Professional by the United States Professional Tennis Association. Students under his tutelage have started as young beginners and then have gone on to earn college tennis scholarships. Joseph also earned his MBA from Liberty University.

As a player, Joseph was ranked top 20 for juniors in the USTA Midwest. He now competes on the ITF Pro Circuit. Joseph has served as a hitting partner for some of the best players in the world at the Miami Open, including Max Miryni (#1 doubles player in the world and Olympic gold medalist) and Carla Suarez Navarro (#6 female player world). He also has played in exhibitions against players such as French Open Doubles Champions Luke and Murphy Jensen and US Open Doubles Champion Emilio Sanchez. 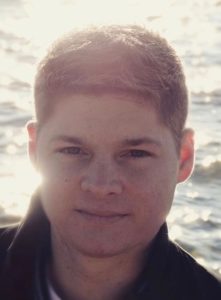 James has been teaching tennis for 13 years. He owns the Vero Beach Tennis and Fitness Club with his family. Before moving to Florida, James was the Head Tennis Professional at the Grand Traverse Bay YMCA and also taught at the Homestead Resort. James, along with his brother, runs the Van Deinse Tennis Academy. He has developed some of the top junior players in the Midwest, including the #1 ranked 12 year old, #4 ranked 10 year old, and the MHSAA #1 singles champion. He has multiple students who play college tennis. James is a certified professional by the U.S.P.T.A. He also earned his MBA from Liberty University.

In his junior career, James was ranked top 15 in the Midwest and top 100 in the Nation. His most notable victory came against the Boys’ 16 National Champion and US Open competitor. Now as a pro player, James competes on the ITF Pro Circuit. He has also served as a practice partner for top pros such as Victor Troicki (#12 in the world) and Donald Young (#38 in the world) at the Miami Open. With his brother, James has played exhibition matches against French Open Doubles Champion Luke and Murphy Jensen and US Open Doubles Champion Emilio Sanchez. 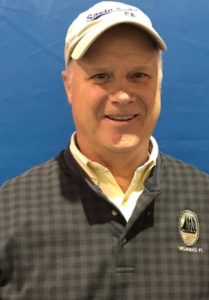 Tom’s knowledge and experience in tennis is unmatched. Tom has taught tennis nearly 40 years and spent over 20 years teaching at exclusive clubs throughout the country, including high-profile clients such as Tony Snow, Isaiah Thomas, J. Paul Getty’s grandsons, and many “children of the stars.” He spent many summers at The Homestead Resort and John Gardiner’s Tennis Ranch. Additionally, he hosted a weekly instructional television series “Tennis Tips.” For 14 years, Tom was the CEO of the Grand Traverse Bay YMCA where he raised over $12 million and oversaw the completion of the New Y building. Now, Tom owns both the Vero Beach Tennis and Fitness Club in Florida with his sons and Grand Traverse Bay Gymnastics in Traverse City with his wife and daughters.

As a player, Tom competed against some of the top pros in the world including former world #1 Ken Rosewall and Australian Open Doubles Finalist Eric Butorac. Tom still competes to this day playing in the “King of the Hill” pro event in Florida this year.

Tom graduated from the University of Minnesota Institute of Technology in Math, Physics, and Philosophy of Science. When Tom is not busy running both a gymnastics business in Michigan and a tennis business in Florida, he spends his free time working on solutions for famous unsolved math problems.